Biscuit is well grown and should grow to at least 13hh. He combines good conformation with excellent movement and is well up to show standard. He looks the type that could go right to the top under saddle. He has a slight bluing colour in his left eye and as a result is being offered at a very realistic price where his future as a ridden pony will be realised.

We would be delighted to hear from anyone who could offer him that opportunity. 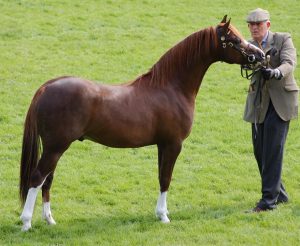 Masquerade continues to cross very well on our Beau Geste mares with progeny winning at major shows both in hand and under saddle. In 2018 Waxwing Razzle Dazzle and Waxwing Aristocrat came first and second respectively at the Royal Welsh. Waxwing Archive and Waxwing Arco were leading novices with Arco taking the prestigious Picton Novice Championship at the NPS Summer Championships.